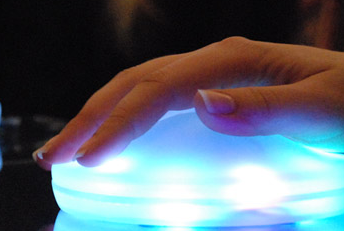 Arjen Vrielink and I write a monthly series titled: Parallax. We both agree on a title for the post and on some other arbitrary restrictions to induce our creative process. For this post we agreed to write about how (auto)presence could increase team and network communication. The post also has to include some video or audio. You can read Arjen’s post with the same title here.

I decided to put this month’s blogpost in a 17 minute long Slideshare presentation (download the 1.5MB PDF here):

My voice was recorded with VR+ on the iPhone. This cheap app converts the file to MP3 and allows you to upload it over wifi. The MP3 file is hosted by the Internet Archive.

I would love your comments and ideas on this matter!