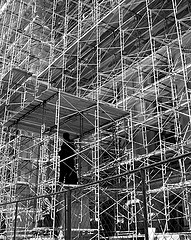 I have been involved in organizing a workshop on capability building in organizations hosted on my employer‘s premises (to be held on October 20th). We have tried to get together an interesting group of professionals who will think about the future state of capability building and how to get there. All participants have done a little bit of pre-work by using a single page to answer the following question:

What/who inspires you in your vision/ideas for the future state of capability building in organizations?

Unfortunately I cannot publish the one-pagers (I haven’t asked their permission yet), but I have disaggregated all their input into a list of Delicious links, a YouTube playlist and a GoodReads list (for which your votes are welcome). My input was as follows:

Humanistic design
We don’t understand ourselves well enough. If we did, the world would not be populated with bad design (and everything might look like Disney World). The principles that we use for designing our learning interventions are not derived from a deep understanding of the humand mind and its behavioural tendencies, instead it is often based on simplistic and unscientific methodologies. How can we change this? First, everybody should read Christopher Alexander’s A Pattern Language. Next, we can look at Hans Monderman (accessible through the book Traffic) to understand the influence of our surroundings on our behaviour. Then we have to try and understand ourselves better by reading Medina’s Brain Rules (or check out the excellent site) and books on evolutionary psychology (maybe start with Pinker’s How the Mind Works). Finally we must never underestimate what we are capable of. Mitra’s Hole in the Wall experiment is a great reminder of this fact.

Learning theory
The mental model that 99% of the people in this world have for how people learn is still informed by an implied behaviourist learning theory. I like contrasting this with George Siemens’ connectivism and Papert’s constructionism (I love this definition). These theories are actually put into practice (the proof of the pudding is in the eating): Siemens and Stephen Downes (prime sense-maker and a must-read in the educational technology world) have been running multiple massive online distributed courses with fascinating results, whereas Papert’s thinking has inspired the work on Sugarlabs (a spinoff of the One Laptop per Child project).

Open and transparent
Through my work for Moodle I have come to deeply appreciate the free software philosophy. Richard Stallman‘s four freedoms are still relevant in this world of tethered appliances. Closely aligned to this thinking is the hacker mentality currently defended by organizations like the Free Software Foundation, the EFF, Xs4all and Bits of Freedom. Some of the open source work is truly inspirational. My favourite example is the Linux based operating system Ubuntu, which was started by Mark Shuttleworth and built on top of the giant Debian project. “Open” thinking is now spilling over into other domains (e.g. open content and open access). One of the core values in this thinking is transparency. I actually see huge potential for this concept as a business strategy.

Working smarter
Jay Cross knows how to adapt his personal business models on the basis of what technology can deliver. I love his concept of the unbook and think the way that the Internet Time Alliance is set up should enable him to have a sustainable portfolio lifestyle (see The Age of Unreason by the visionary Charles Handy). The people in the Internet Time Alliance keep amplifying each other and keep on tightening their thinking on Informal Learning, now mainly through their work on The Working Smarter Fieldbook.

Games for learning
We are starting to use games to change our lives. “Game mechanics” are showing up in Silicon Valley startups and will enter mainstream soon too. World Without Oil made me understand that playing a game can truly be a transformational experience and Metal Gear Solid showed me that you can be more engaged with a game than with any other medium. If you are interested to know more I would start by reading Jesse Schell’s wonderful The Art of Game Design, I would keep following Nintendo to be amazed by their creative take on the world and I would follow the work that Jane McConigal is doing.

The web as a driver of change
Yes, I am believer. I see that the web is fundamentally changing the way that people work and live together. Clay Shirky‘s Here Comes Everybody is the best introduction to this new world that I have found so far. Benkler says that “technology creates feasibility spaces for social practice“. Projects like Wikipedia and Kiva would not be feasible without the current technology. Wired magazine is a great way to keep up with these developments and Kevin Kelly (incidentally one of Wired’s cofounders) is my go-to technology philosopher: Out of Control was an amazingly prescient book and I can’t wait for What Technology Wants to appear in my mailbox.

I would of course be interested in the things that I (we?) have missed. Your thoughts?

Arjen Vrielink and I write a monthly series titled: Parallax. We both agree on a title for the post and on some other arbitrary restrictions to induce our creative process. For this post we agreed to write about things we cannot live without. The restriction is that the things should have a hierarchical relationship where the lowest level of hierarchy is the microprocessor and the highest level is the Internet. Each thing should be described in 100 words. You can read Arjen’s post with the same title here.

Please don’t take the title of this post too literally: yes, even I realise that I will be able to live without these things. Instead consider this a tribute to these five things. Also be aware that the title is not “The 5 Things I Cannot Live Without”, there are many other things that I find way more useful and crucial (think bed, dishwasher, etc.).

So here goes, in a loose hierarchy from local to global: 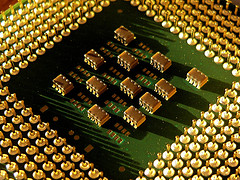 2. My iPhone
I don’t think I have yet waxed lyrical about my iPhone. First of all I am late to the party: I have only bought one last December. This is because I resisted buying a closed down Apple product for as long as possible. I really really wanted to buy an Android phone, but all the ones that I tried were seriously less capable than the iPhone. So why is it that much better? Because thought has been put into every single element of the software and hardware design. Nothing is accidental, everything is considered. No other company is there yet.

3. Xs4all
My Internet provider is XS4ALL. There are a couple of reasons why this will be the case for the foreseeable future (even though their price/speed ratio is not competitive):

4. Google Services
Over the last couple of years I have come to rely more and more on Google’s services. So much so that it has become increasingly hard to even list all the Google services that I have an account for or use regularly otherwise. As an excercise I have used this Wikipedia page to list all the products I use regularly (on Ubuntu or iPhone): Chrome, Sketchup, Gears, Calendar, Gmail, Product Search, Reader, Apps, Feedburner, Youtube, OpenSocial, Maps, Aardvark, Alerts, Translate, Groups, Image Search, Scholar, Web search, Analytics, Gapminder, Trends and Zeitgeist. Couldn’t be bothered to link them all: Google them!

5. The Internet
It is a cliché to call the Internet a “game changer”. However, it cannot be denied that it is the most disruptive technology out there. It creates feasibility spaces for social practice (thank you Benkler) and it forces you to rethink traditional ways of doing things. In the field of educational technology for example it has led to, among other things, new course paradigms, an Edupunk movement and deep critiques of the learning function. We cannot fathom what the near future of the Internet will look like as the pace of change is continually accelerating. I cannot wait for it!

P.S. This post was inspired by Techcruch’s Products I Can’t Live Without.