Today I keynoted the Dutch Moodlemoot (mootnl12). I talked about how current times force us to let go of curricula, why it is more important than anything else to teach students how to learn, what it means to work in a knowledge society (work becomes synonymous with learning) and what this might mean for a virtual learning environment like Moodle. Unfortunately this talk was in Dutch and so will be the accompanying blogpost. 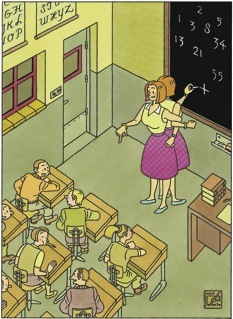