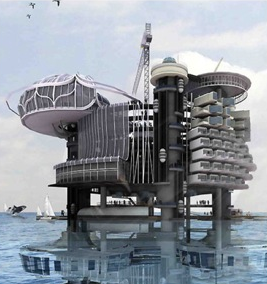 The first true theme of the conference is Urban, who needs to become smart in tomorrow’s cities. From the introduction:

We want cities to become greener, safer, more competitive, more inclusive, more vibrant or easier to move in. To achieve that takes more than great engineering and determined leadership, yet this is what most models of “smart cities” are built around. It requires trust and collaboration, the deliberate sharing of urban (hardware, software, informational) resources, open innovation ecosystems, empowerment policies… How will we achieve smart and open cities that could be livable?

Saskia Sassen is talking about The future of smart cities. Her research question is how much of the new technologies are truly urbanised. The cities is not just the materialities, it also is the people, the practices, etc. This means that the city can “talk back” and there is a notion “cityness”.

I thought it was unfortunate that Sassen did not develop her thoughts further than these large broad philosophical strokes. This was in stark contract with the next speaker: Adam Greenfield runs a shop in New York called Urbanscale. His talk is titled: On public objects: connected things and civic responsibilities in the networked city. He prefers the term “network city” over “smart city”).

He is inspired by Lefebvre’s concept of the right to the city. In our current networked city we have become an instrumented population. There is a strong spread of locative and declarative media. Increasingly we live among declarative objects (see Tom Armitage’s project of the talking Tower bridge).

We are surrounded by objects that can process information and “speak” to us leading to new modes of surveillance based on information gathering objects. What might it mean to speak of our right to the networked city. Maybe we need a new theory of public objects to help us think about them?

Greenberg show examples of a couple of technologies that are used in urban settings to get at a “taxonomy of effects” and a first start at thinking about the morality of objects:

Greenfield then gives a definition of the public objects. They should be designed in such a way that they are open and easily available. This has some problems: we are enormously increasing the “attack surface”. We also don’t have the etiquettes and protocols of precedence and deconfliction. But the aspirations are big though: among other things it could be a physical manifestation of the public sphere.

Next up was Alain Renk talking about Unlimited cities. He talked in French which was simultaneously translated. This setup made it very hard for me to both pay attention to the talk and blog. According to him we are confronted by a trend of standardisation of urban environment and it is very difficult to develop “urbadiversity”.

Some examples of people-(em)powered platforms are meetup and Etsy, Waze, Airbnb or Couchsurfing. This stuf is powerful: Intercontinental built 4400 hotels in 60 years, whereas Couchsurfing has 1.2m “couches” in 8 years (twice the volume of Intercontinental).

The economics are sustainable: I put my excess capacity into a common platform. This can grow very fast (low financial risk) because now the common platforms are completely scalable. This is a much more efficient use of resources. It is a dematerialisation: so more service than asset and it is focused and collaborative consumption. Put another way: ownership will not be the higher status consumption.

Chase has now started buzzcar (they have an app), a way for people to share their cars. It uses a collectively built infrastructure that is collaboratively financed where end users gain financially. Doing it like this she doesn’t have to wait for government or private companies, instead she has “auto-preneurs” putting their cars into the system. See here for a video explaining the concept. This way one well-used shared car can be used by 30-50 people. Some of these people will sell their car so one well-used shared car equals about 15-20 cars and can save 40-60 parking spaces.

This type of collaboratively built infrastructure will create the people’s city. Rather than having centralized or decentralized systems you now get distributed robust and resilient systems. We can finally have a future where there is scale without the homogenisation that this would usually bring.

The final talk is by Frédéric Mazzella. He has created a new way of carpooling and talked about how car-pooling can help forecast car traffic. Covoiturage.fr has 1.2 million members. By using people’s intentions of where they want to go when, they can forecast traffic (he showed a nice visualisation of this).