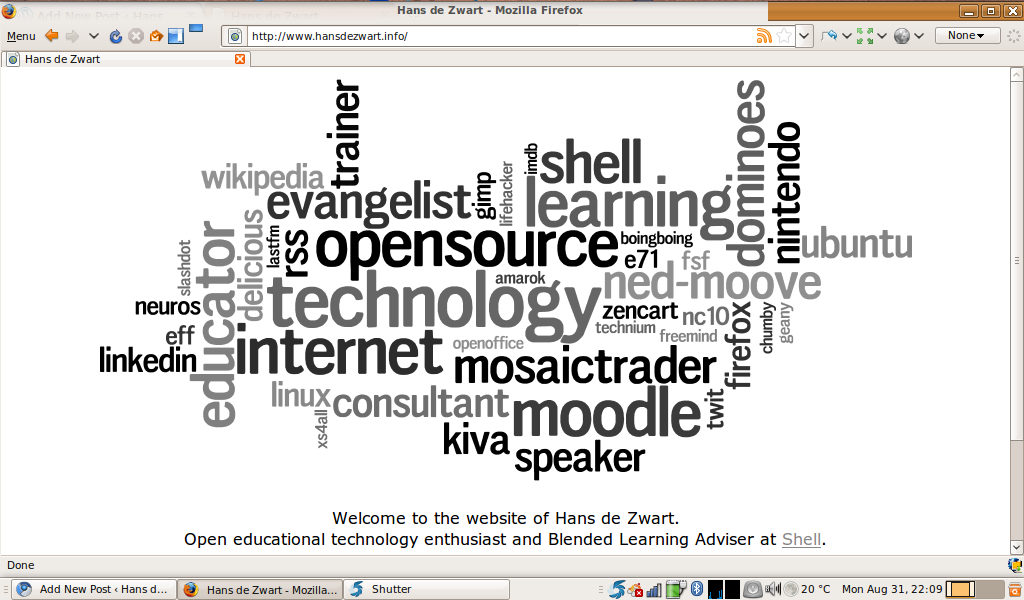 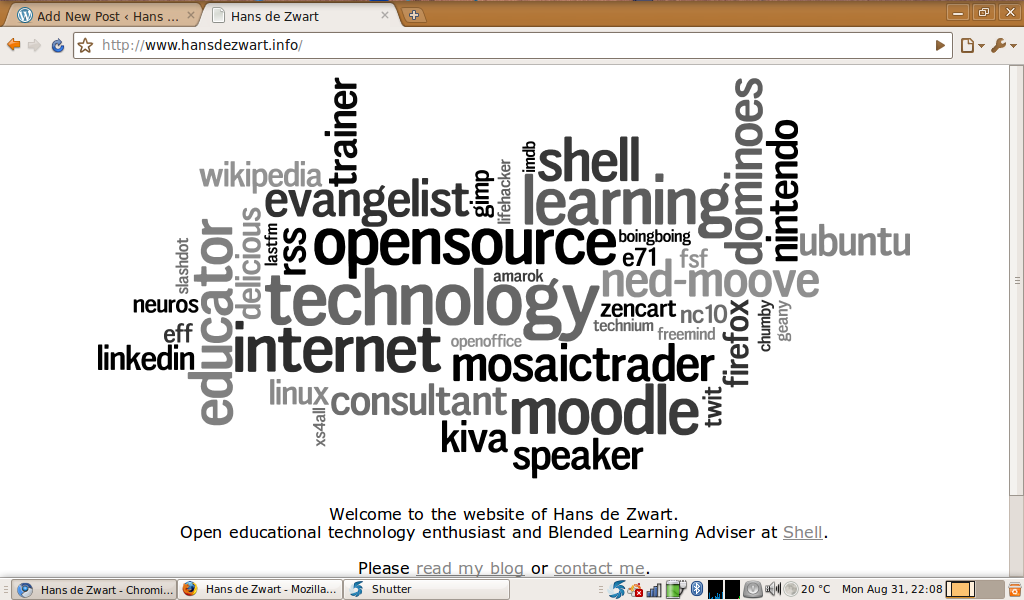 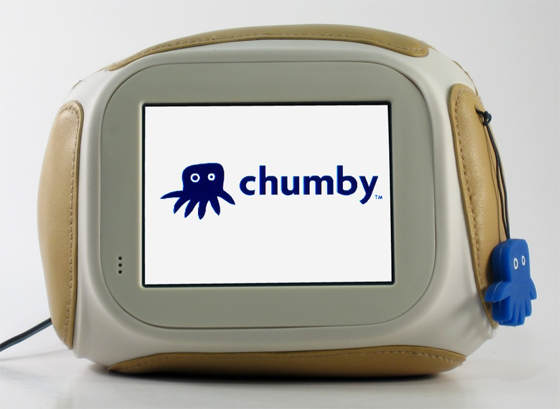 I have a problem with locked-down hardware. It is not that I don’t like Apple’s products (the iPod Touch is a wonderful piece of hardware), I just don’t like the way Apple’s products treat their customers. I had to help somebody who’s Windows laptop had died. She bought a new Apple laptop and wanted to move her music from her iPod to her new laptop: impossible! It took Linux as an intermediary to get it done.

That is why I love the concept of open hardware. I personally own a Neuros OSD (great when you are on a holiday and want to watch your own videos on the hotel TV) and, since a couple of months, a Chumby.

The Chumby is a computer the size of a coffee mug and made of leather. It has a touch screen, an accelerometer, a microphone, stereo speakers, two USB ports, a WIFI connection and a nice soft button on the top.

So what can it do? I see it as having a couple of distinct functions. It is:

The last point is the important one. You can load your Chumby with widgets. There are hundreds of widgets available. You use a web-based interface to add these widgets into channels. Then you set your Chumby to watch a certain channel.

I have created this virtual Chumby (please click the link, it opens in a new window!) to give you an idea of what these widgets look like. This chumby shows a particular channel which I created for this blog post and has a couple of example widgets. Each widget will be shown for about 20-45 seconds. It starts with some random Flickr images showing my favourite tag: decay. You can interact with the screen to move to the next or the previous tag. Next up is Twistori, this displays recent tweets with the word “believe” in it. If you prefer “love”, “hate”, “think”, “feel” or “wish” then you can click on those words to switch to them. The Chumby will then display recent top news stories from Google news. Next this blog using Chumby’s RSS reader (you might see this blog entry). It finishes off with the weather in Amsterdam (including a forecast), a web cam looking at Abbey Road (do you see people trying to imitate the famous Beatles cover?), some video’s from the excellent videojug and the classic blue ball machine animation.

As you can see the Chumby mostly pulls content in. My colleague Job Bilsen had the interesting idea of using it as a device for pushing content to people. He had visions of companies putting Chumbies on the desks of their employees and sending them important updates about things like compliance, RSI, internal news, etc. I can already see a plug-in for a VLE like Moodle. Imagine doing your homework on your laptop with your Chumby on your desk displaying updates from your courses and playing your favourite Last.fm channel (they are working on a Last.fm widget)!

The best thing about the Chumby: the specifications are completely open. I had to get an European adapter for it and they have the precise information about the power supply listed on their website. You are even encouraged to hack into it! Use it as a web server or log into over ssh? No problem.

Where do you get one? Currently the Chumby is only available in the US. They are in the process of complying to all the European rules and regulations so it shouldn’t take much longer before you can buy one over here as well. Want one now? Ebay is your friend!