The closing day of Emerge consisted of a set of speeches, panel discussions and a digital culture festival. Below my barely edited notes on the day.

Michael Crow is the president of the Arizona State University (ASU) and its chief knowledge architect. He has presented at Google’s Solve for X:

He calls universities “knowledge enterprises”. He is trying to move away from bureaucratized and routinized science and technology and away from silo-ed thinking. By changing how they do things, they have managed to double their number of engineering students. Usually universities find smart people and then focus them as narrowly as possible. Universities shouldn’t be structured like that. At ASU they are very much focused on exploration (science as a means). They are also very interested in origins and have built another way of organizing “genius” around that. Many scientists and engineers are pursuing “valueless engagement”. Why don’t we have at least some of the knowledge enterprise have an objective purpose outside of science itself. At ASU this objective function is sustainability, a value to be pursued.

I personally loved how provocative Crow was: I think he really managed to show how little clothes the emperor is wearing in the academic world (e.g. “The status of the university should not be achieved by who you exclude from the university”).

Neal Stephenson started by talking about the word “vision” which implies some coherence. The history of the last 110 years or so can be used to show the importance of have coherent visions of the future and how that relates to “valueless engagement”. If you take somebody from 1900 and put them in the now, they would lack the vocabulary to describe the things around them. If you’d take somebody from 1968 and bring them to here, that wouldn’t be the case anymore. Somehow and somewhere we seem to have lost our ability to envision coherent futures that can actually come about. Stephenson dislikes making predictions, he is now starting to call the future the “F-word”.

Brian David Johnson @intelfuturist is Intel’s futurist working in the The Tomorrow Project. The project started in 2010 and it asks science fiction writers to write science fiction based on upon science facts. The five-step methodology is captured in a book Science Fiction Prototyping. He then showed a set of examples of the work that was done in the last two days. He likes to ask the following question: “If the future is in your hands what will you do with it?”.

An artists and a psychologist created a book with artifacts about time from the past and statements about the future. They also interviewed people on the street to ask them what they thought life in a hundred years would look like (“pets would live forever”, “school would take five seconds a day”). One of my favourite pages from the book looked something like this: 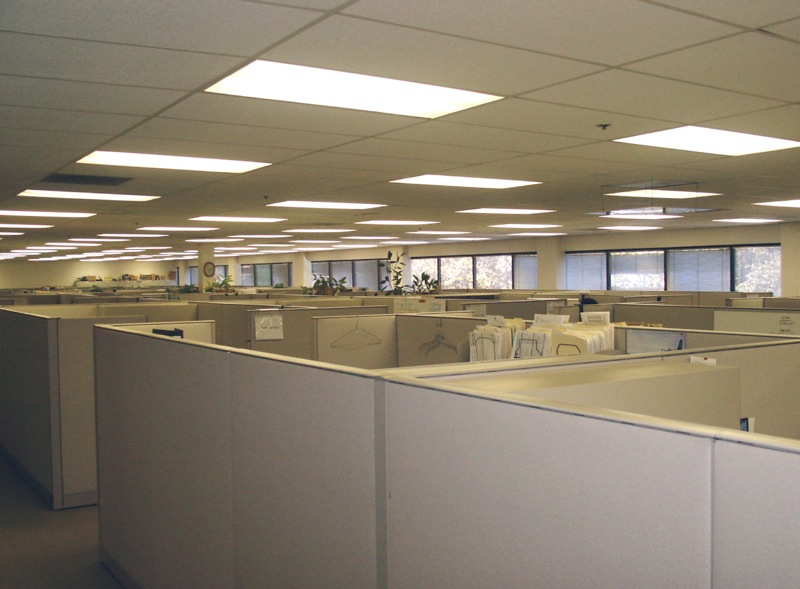 Disasters are not just instantaneous events

Gary Dirks led a scenario session titled “Humanist Narratives for Energy” with “How will Arizona consume and produce energy in 2050?” as the central question. They came up with two axis:

The methodology for this is very similar to the work I have been doing with Willem Manders and other on creating scenarios for learning in the future.

Stewart Brand, calls himself an environmentalist and started his talk with demographics and the move towards the city. The subsistence agriculture that was a poverty trap is disappearing (and being taken back by nature). People are moving into the slums of the mega-cities in the world. They are quickly moving out of poverty: you cannot hold them back. They will use more energy and will require higher quality food. The largest cities are now in the developing world and five out of six people live in the developing world. The next 30 years is an interesting demographic period where the world is mostly new cities full of young people dealing with a residue of old people in old cities. Where do you think the action will be?

He laid out the irrationality of Germany banning nuclear energy (after the Fukushima disaster) while not trying to ban organic food after bean sprout killed 42 people. He showed a set of small nuclear reactors that have now been designed and Integral Fast Reactors which use nuclear waste as fuel. There is a lot of potential in Thorium.

Genetically Modified Organisms (GMOs) are finally giving us a toehold into making food in a better way. We have been very conservative in adopting them. But we have had a lot of success with it. The Amish actually like to use it. There are many examples of where genetic engineering can feed more people in a green fashion. Biofortified foods are coming and The Nature Conservancy is now writing “Could Conservation-Friendly Farming Include GMOs” But the green movement (i.e. Greenpeace) is still blindly objecting to all kinds of experiments.

Biotechnology is an incredibly fast moving field. We are moving from the “Earth National Park” (a notion from the Sierra Club) to the realization that it is all gardening (a friendlier way of saying that it is all engineering. The previous generations used “KEEP CALM and CARRY ON” as advice to their people, now there is a generation of people with “GET EXCITED and MAKE THINGS” as their motto. We have the whole make movement, but we are also trying to bring back species that have gone extinct (e.g. the passenger pigeon).

Geoengineering will become imperative too. He showed the example of the Stratoshield. We are still thinking about the norms that are needed around this. One set of guidelines that has emerged are the Oxford Principles:

Daniel Erasmus and Dave Conz worked with a group of participants to craft archaeology from the future. The process was straightforward: they made an object (not to imagine and make, but to make and then imagine), print it and then listen to how people interact with it (to use it as a string to pull on a tomorrow), redesigned it and printed it again. They then created descriptions of what the objects could do and might mean.

Another workshop led by Julian Bleecker and a companion was around the convenience store of future (inspired by a newspaper they created. They wanted to focus especially on the ordinary and mundane things. They created a set of products with stories attached to them (i.e. synthetic panda jerky, or Tic Tac pheromone+) and then created a film on the basis of this. Read more here or watch the video:

The third project was titled “The People Who Vanished”. This workshop explored the people that lived in the valley around Phoenix around six hundred years go. These precolumbian (the person on stage kept calling them prehistoric) people built many wide canals that were incredibly well engineered. Their presentation ended with a quote from Stewart Brand: “Fiction has to be plausible, reality doesn’t”.

Sherry Turkle has done a lot of work on contemporary technology and how it affects our psyche and is now Director of the MIT Initiative on Technology and Self. Her talk was about objects and what they do to us. She talked about three things:

This talk certainly wasn’t very tweet-friendly: her story was very anecdotal and hard to reproductive in a blog post here. One last question she finished with was quite insightful: objects are concrete and protect us from virtualization and simulation, what does it mean when we digitize everything?

This panel was moderated by Colin Milburn who reminded us of the Alan Kay quote: the best way to predict the future is to invent it.

David McConville (of Geodome fame), Gretchen Gano and Ned Gardiner led a workshop titled “Starting with the Universe”. Looking at the universe in a way is looking at the operating systems of our paradigms. McConville showed some great examples from Buckminster Fuller and his example of the “trim tab”, the little rudder that moves the big rudder, basically finding the leverage point where the least effort would have the most impact. “To make the world work for 100% of humanity, in the shortest possible time, through spontaneous cooperation without ecological offense or disadvantage of anyone.” is the Buckminster Fuller Challenge

Ken Eklund, best known for his work on the World without Oil alternate reality game. They worked for a day and a half on creating a alternate reality bases around the ludic affordances of the common padlock. Games seem to be both a tool and shaping process. The means to make games is being democratized and that will finally fill in the missing ingredient for games: relevance.

Alan Gershenfeld and Sasha Barab led a workshop around Games for Impact in which a game was designed in 1.5 days (I was part of this process). The starting point was to imagine a future in which fab-labs would be everywhere. The group quickly landed on the concept of conscious makerism based on the fact that everybody making everything themselves is not necessarily sustainable. The game is then a “tutorial” for a fabricator machine teaching people the fact that resources are limited and data exists about these resources. I personally got a bit disconnected with the project because it wasn’t addressing the questions that I find interesting about a world in which making is ubiquitous: which is the question of access and freedom. When hardware becomes software how will things like licenses work for example? How much of our physical world will come with usage restriction (read this piece by Doc Searls to get some idea of where this is going).

Bruce Mau also started Institute without Borders showed us that the number one challenge of CEOs is “creativity” (an IBM study) and quipped it might have been better if it had been ethics. He shared is personal story of how he became a designer. He defines design as “science & art” and then translates that into “smart & sexy”. He now works with people like Rem Koolhaas and Frank Gehry.

When Mau wanted to teach his design methods somebody told him “Bruce, you’re so old fashioned, You should have 300,000 students not 30”. So he decided to try and massively change education. Education is currently: outmoded, slow, boring, expensive (if it not expensive it is suspect). It is piling up debt (United States has more student debt than credit card debt). It is only reaching 1%. Education is about:

He has started the Massive Change Network and they are working on a project titled “24 hours to massive change” in which they will create twenty-four one hour experiences that connect you to the most effective design methods. The first one is about leadership. Number eleven is “compete with beauty”. This is a very interesting concept that is very true: you can only make people change if you create alternatives that are more beautiful because we won’t make a step backwards (the Tesla is a good example of this).

Bruce Sterling treated us with a little on stage performance. Watch it online when it appears.