On Thursday, November 10th and Friday, November 11th, I am attending a chapter workshop of the Internet Society (ISOC). Below my (largely unedited) notes on these two days. This might be less relevant for my regular readers. But you might still find something useful here, especially if you are interested in how to create sustainable volunteer based organisations.

Opening of the day, introduction to ISOC.

The European bureau was started about one and a half years ago to help the relationship between ISOC and its members. Looking back on 2011, there have been many European activities around the following topics:

Jacek Gajewski is the new chapter development manager. There are also some next generation leaders in the room.

Currently there are about 84 ISOC chapters all over the world. The number of chapters is still increasing (20% growth in 2011!). Chapters have life cycles. Sometimes they are very lively and then sometimes they become inactive and need to be rejuvenated. There a few basic documents that can help you start and run a chapter. They are developing a dashboard for chapters (draft). There are also several toolkits (examples are Mobilising volunteers or Unravelling the Net Neutrality/Open Internetworking Debate). There are website templates for new chapters. They have many regional workshops for chapters (next year they will have a global INET workshop for the 20th anniversary of the ISOC, April 2012 in Geneva).

Some new services are being developed. An example are the live streams of previous ISOC related meetings.

Every chapter is allowed to apply for event funding once per year. Special projects van also be funded. If you need support as a chapter, you can contact chapter-support at isoc dot org.

Peggy Hofman and Peter Houstle from Mariner Management have a lot of experience in “helping association volunteers and staff create the greatest possible value for [their] members and in ensuring the long term health and growth of [their] association”. They facilitate the day.

Are chapters structures that can actually do large projects?

The head of the Romanian chapter talked about what he calls “Hobbit Management”. They run the chapter by projects. For every project they define a project leader who is 100% responsible for the project. They try to have a diversity of project leaders. In the European Union there is already a lot of money available for projects. This is maybe why European chapters make less use of the chapter funding that ISOC provides. To be able to deal with the EU, you need to have a real formal organisation and need to have the ability to check off all the points on their checklists. One question he has is whether we can use ISOC Geneva as a proxy organisation that enables local chapters to do EU projects.

Walda Roseman, COO of ISOC, shares with us that there will be an incorporated ISOC entity in each region. This will make it easier to take part in intergovernmental activities and it will create a way for ISOC to receive grant money. They are also planning to help chapters get better at applying for community grants by teaching them how to write grant proposals and by sharing grant program best practices.

The head of the Armenian chapter for ISOC shared some of the projects that the Armenian chapter had been involved with recently. They created and up-to-date regional community Internet center, helped to start up an Armenian Internet Exchange (ARMIX foundation), upgraded an Armenian academic (research) network for IPv6 readiness and is establishing a content creation centre for Armenia. They have a true multi-stakeholder model. I believe that this is something that ISOC NL can work a bit more on. Especially the corporate side is underrepresented in our Dutch ISOC community.

How do we arrive at common ISOC positions and how does an ISOC chapter get their position heard?

There is a feeling that it is difficult to arrive at common positions about certain topics. We were urged to have more bottom-up discussions: we can ask questions on the regional ISOC mailing lists and have a discussion about the topic afterwards.

I suggested that ISOC could be inspired by the way that the online discussion was held around the writing of the GPL v3. They used stet (which is not actively developed any more, the project now recommends Co-ment) that allowed people to comment on parts of the text. The more comments a piece of text go the more red it would become. This could be a way for ISOC to develop its policy in a slightly more transparent way.

A Polish chapter lead showed how they become a real public policy partner in his country. They were forced to start dealing with public policy issues by a set of laws that they didn’t like. His first advice is to take your time. Some policy decision take a real long time. They now became part of the law-making process: they have survived six prime ministers. This allows you to focus on your core values (because you know your counter party will not be around forever). We have a huge advantage over other lobbyists: we do it for a passion. This makes it easy to stay neutral. The first step to get there is: write, write, write. “Publish or perish”. You have to put your position on (digital) paper. Over time you will be part of their mailing list, then slowly you get involved in the real decision making process. If you publish: others may pick up your work and new people will come and join you. What motivates him: the opportunity to work with incredible people that normally you would not have access to. Also “hacking the system is fun”, he is changing the world in his own way. His advice comes with some disclaimers: “Caveat Emptor, your mileage may vary”, but “do try this at home!”

“Call in the young people because they are afraid of nothing” “Be careful what you wish for, because you might get it” “You have to be very careful with what your values are”

Homework for me: we need to be more clear about what our values are in the Dutch chapter. What are things that we are willing to really “lobby” for?

Ulkar Bayramova presented her thoughts about future ISOC e-courses. She thinks that is important because courses will give a lot of people access to the knowledge around ISOC, it will bring people together and can find talented future leaders. The courses should be made interesting by the topic (useful in life or career), the methodology (multi-medial, based on peer interactions) and by giving out university certificates at the end of it. It is important to take bandwidth considerations into account. She would also like to give people access to the e-libraries of universities (I personally don’t think that is strictly necessary: this is not an academic course perse and all the information that is needed for it should be open and public anyway).

A participant in the Next Generation Leaders programme gave a couple of ideas for making the courses more widely available. One thing that is very important is localization. She also suggested using SCORM to create personalised learning journeys. I don’t think that would add anything, so will lobby ISOC to stay well away from SCORM and spend their energy elsewhere.

They still need to do thinking around how to run this program efficiently and effectively.

How do you engage people in volunteering?

Our group came up with the following ideas:

Another interesting one that was added by another group was:

Research into volunteers has shown that volunteers get activated because of three things:

We also discussed the issue of succession. One truism that came out of that was: The longer you stay in position, the harder it will become to find a replacement.

ISOC will launch a new website very soon. It won’t be a static launch, but rather they are ready to get input and iterate. This will also likely mean a new website template (improving this old one) The ISOC Asssociation Management System (AMS) will be made a bit more friendly. There will be a series of webinars explaining chapter how to use the chapter portal (this will include the AMS).

My thoughts and reflections

After spending three days with some of the people at the core of the Internet Society two things struck me pretty clearly: 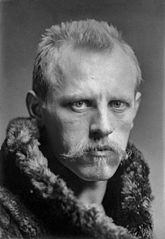 At one part during the workshop we had a discussion about digital IDs. One of the workshop delegates mentioned the Nansen passport which is something I hadn’t heard about before. In the summer of 2010 I visited the Fram Museum and learned about Nansen’s heroic adventures trying to get to the north pole. I didn’t learn there about his work for the League of Nations. Now I have all the more reason to start reading his biography that has been sitting on my bookshelves for a while now.