I am attending Ars Electronica: The Big Picture in Linz, Austria. This is a festival for Art, Technology and Society. If you are interested to know a bit more about the festival, then don’t watch this useless trailer:

Look at the program instead or check out their newly launched and fabulous archive.

One of the symposia I attended was titled Sensing Place/Placing Sense II. It consisted of three panels: Collect, Communicate and Compel. The session was introduced as follows:

A growing part of the general public is concerned that cities are planned and governed in a responsible way. In the contemporary information society, however, the democratic obligation of the citizens to rigorously inform themselves so that they can participate in public affairs has become impossible to fulfill. Rather than submitting to the opinions of self-proclaimed experts, citizens need new ways to make sense of what is going on around them. Accountability technologies stand for new innovative approaches to bottom-up governance: technologies to monitor those in power to make sure that they are held accountable for their actions. Accountability technologies are designed to support coordinated data collection, analysis and communication to achieve social change. The past years saw many examples dedicated to this concern: citizen sensing of traffic noise or congestion, pollution; monitoring of mobility infrastructures and urban energy consumption; whistleblowers revealing corruption and misuse of power. We are interested in such projects and technologies that have succeeded in making an impact on the reality of the city. We are interested in the motivations, strategies and tactics of the people who create and use these technologies. We are also interested in the role of representation – does it make a difference how information is presented? How can data generated by citizens interface with official structures and put into action?

Below my notes and quick thoughts on what was discussed.

Collect. Data from the top-down and bottom up – reflecting on truth, trust and and politics

Jeffery Warren is one of the cofounders of the Public Laboratory, an open source community that develops tools for grassroots science. They became famous when they helped to map the gulf oil spill with balloon and kite photography and MapKnitter. 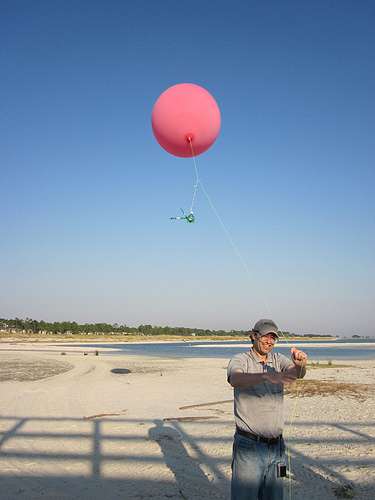 His talk was full of examples of citizens collecting data and using it to hold companies and governments accountable.

Another exciting project is their attempt to make an open source and cheap spectrometer. You can support their idea on Kickstarter. Also check out the Spectruino if you are interested in this type of technology.

I really appreciated Jeff’s hardcore open source stickers on his netbook. My personal favourite: “I poop on your App Store”.

Ina Schieferdecker works for Fraunhofer. They are developing a platform for open data (available on Github). The first use of the platform was in Berlin and they are now also working on opening the datasets for all of Germany.

Amber Frid-Jimenez talked about a cool artistic project titled Data is Political. I obviously love this idea and like the fact that it is diametrically opposite to one of Google’s innovation principles (number 7) that I wrote about earlier. The question they ask themselves in the project is: How does the scale of expanding databases affect artists and designers and how they work?

She played a couple of videos. The one I liked best was Benjamin Mako Hill talking about who should contol our technology (read his appeal on the site of the Free Software Foundation). Note the irony in the fact that this video was played from an Apple computer.

Michael Kreil is from OpenDataCity and wears a “There is no place like 127.0.0.1” t-shirt. He talked about a few of their projects. One example is their train monitor: Zugmonitor where they publish live data of the German trains including an API to access the data.

Another important project they are involved with (but which he did not talk about) is Facebook versus Europe:

Kreil is also the creator of the Malte Spitz phone usage visualization I wrote about earlier. He made an interesting point questioning whether it makes sense to have a private company (i.e. Deutsche Telekom) have a lot of personal data about politicians, lawyers or doctors. Think about it.

Sami Ben Gharbia has been living in exile in the Netherlands for the last 13 years. He is one of the founding directors of Global Voices Online and has started Nawaat. He talked about information visualisation in Tunesia. He gave a few examples like the 2007 project tracking the use of the presidential airplane:

or their collaboration with Wikileaks: Tunileaks. They are now focusing on open data from the government.

Marek Tuszynski is one of the founders and creative director of one of my favourite NGOs: the Tactical Technology Collective which helps human rights advocates use information, communications and digital technologies to maximise the impact of their advocacy work. They make beautiful and useful resources for activists. See Drawing by Numbers for an example.

Marek talked about what he calls the spectrum of evidence. There are a few steps: first you have to find it (often it is hidden), then you need to collect it (often there is a lot of data in all kind of forms) and then you need to curate it (show who is talking, who is listening/looking). Now that you have the evidence, you can do three things: expose to get the idea, understand to get the picture or explore to get the detail.

He talked about how the ubiquity of data visualisation tools is making data a very abstract thing: a Googlemap with some pointers on it can be locations of road-salt depots in England or casualties in Bhagdad and look completely the same. One person tried to battle this through tatooing the data on his skin, a physical manifestion of the evidence. 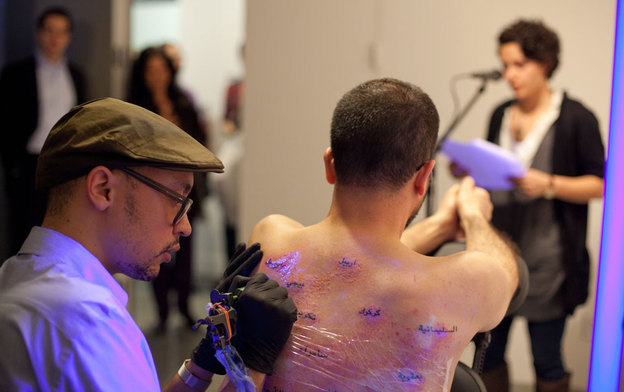 Image from an NPR article

Compel. From data to action – strategies for achieving change in the public sphere

Michel Reimon is a politician and a writer. He finds it hard to make a distinction between these two jobs. He is writing a book with the working title: “in _ formation, how we coordinate society”.

Reimon referenced systems theory by Niklas Luhmann. According to Luhmann there are five generalized media: love, power, money, art and truth. These are translated by Reimon into four ways that people can influence eachother in a political way. Through: relationship, physical force, compensation andinformation. Reimon says that we have shifted from relationship towards physical and then towards compensation (i.e. money, about 500 years ago). Right now we are shifting again into an age where information is the main thing used to organize ourselves. Is this the next big shift in the organization of society? Is information becoming more important than compensation to coordinate “the people”?

Dieter Zinnbauer is senior programme manager for Transparency International an organization well known for keeping transparency information for over 100 countries and publishing this on their website. He talked about “Ambient Accountability”.

According to him corruption affects all aspects of life: health, safety, education, water. One in four people in the world have to pay a bribe when they interact with one of these services. 50% of the people in the 80 countries that they research think that politics and law enforcement are corrupt and two-third of the people think things are getting worse. What makes it very bad is that there is a “trickle-up” effect.

There is now a surge in enthusiasm around the concepts of accountability and transparency. He talked about social accountability and participatory budgetting. There are some big challenges in this: it is difficult to encourage engagement and sustain it, there is the problem of free-riding and overkill, and there is circumvention and sometimes even citizen capture.

Ambient accountability is the systematic use of the built environment and physical public space, in order to further transparency, accountability and the integrity of public services. Dieter showed some examples of billboards battling corruption. They are quite ineffectual, but an example of a taxicab passenger bill of rights is already more relevant: 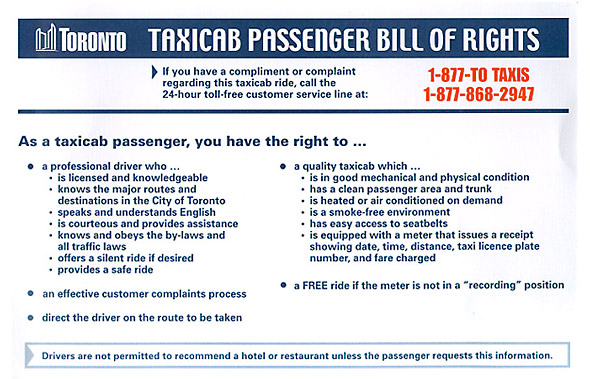 Another example is the famous “How’s my Driving” bumper sticker which reduces accidents by as much as 40% for trucking companies that decide to use it.

He has created a first possible typology for ambient accountability. It should facilitate three types of things:

Ambient accountability can overcome some of the issues mentioned above: it complements ex-ante and ex-post measures of social accountability, it scales and persists, it limits the collective action and capture problems, mixes preventative and corrective effects, is open to bottom up, top down and mixed interventions and there is no need to invent from scratch. Dieter thinks it might work quite well because it is norm-promoting, aligned with a realistic view of citizenship and completely just in time and just in the right place.

Thomas Diez is the director of Fablab Barcelona. He is developing a project with the city of Barcelona exploring the relationship between machines building things and urbanism. According to Thomas we are now in a second renaissance (or a third industrial revolution) driven by personal computers and personal production. If you look at the history of Barcelona you can see the different stages of industrialisation. What will the future city look like if we take personal production as the basis? To find out they will set up a network of fablabs in the city each deeply connected to local communities (in collaboration with the IAAC?). The car was the last technology to change the way our cities work. Diez thinks the Internet will now change the way we configure our cities. He also criticized the concept of smart cities that you see everywhere and has decided to put out an alternative: the smart citizen: a platform to generate participatory processes of the people in the cities. Connecting data, people and knowledge, the objective of the platform is to serve as a node for building productive open indicators and distributed tools, and thereafter the collective construction of the city for its own inhabitants.